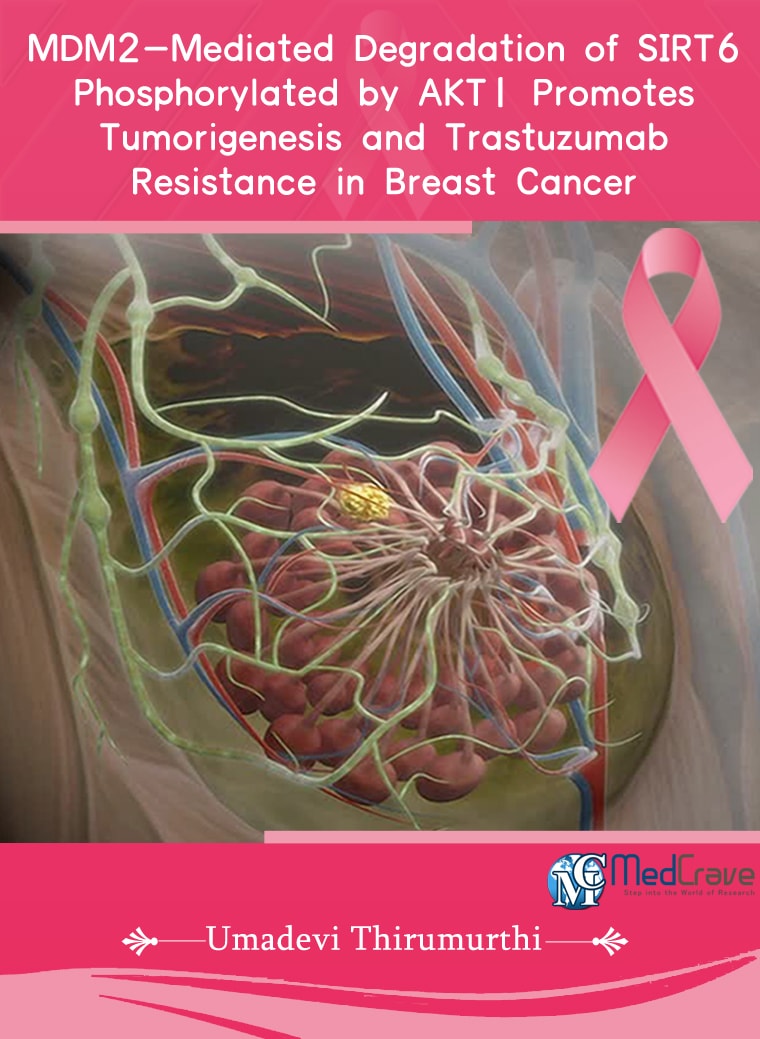 Abstract: Sirtuin6 (SIRT6) is one of the members of the Sirtuin family and functions as a longevity assurance gene by promoting genomic stability. It also regulates various cancer-associated pathways and was recently established as a bonafide tumor suppressor in colon cancer. This suggests that SIRT6 is an attractive target for pharmacological activation in cancer treatment, and hence, identification of potential regulators of SIRT6 would be an important and critical contribution towards cancer treatment. Here, we show that AKT1 phosphorylates SIRT6 at Ser338 and induces MDM2-SIRT6 interaction, priming SIRT6 for degradation via the MDM2-dependent ubiquitin-proteasome pathway. Blocking SIRT6 Ser338 phosphorylation prevents its degradation by MDM2 and results in inhibition of cell proliferation and breast cancer tumorigenesis in vivo. In addition, knockdown of SIRT6 in trastuzumab-sensitive cells renders them resistant to Trastuzumab. Where as overexpression of phosphorylation defective SIRT6 mutant restores trastuzumab sensitivity in the resistant cells. Thus, activation or re-expression of SIRT6 has potential clinical application to overcome trastuzumab resistance.