eBooks  Influence of Seston Quality on..... 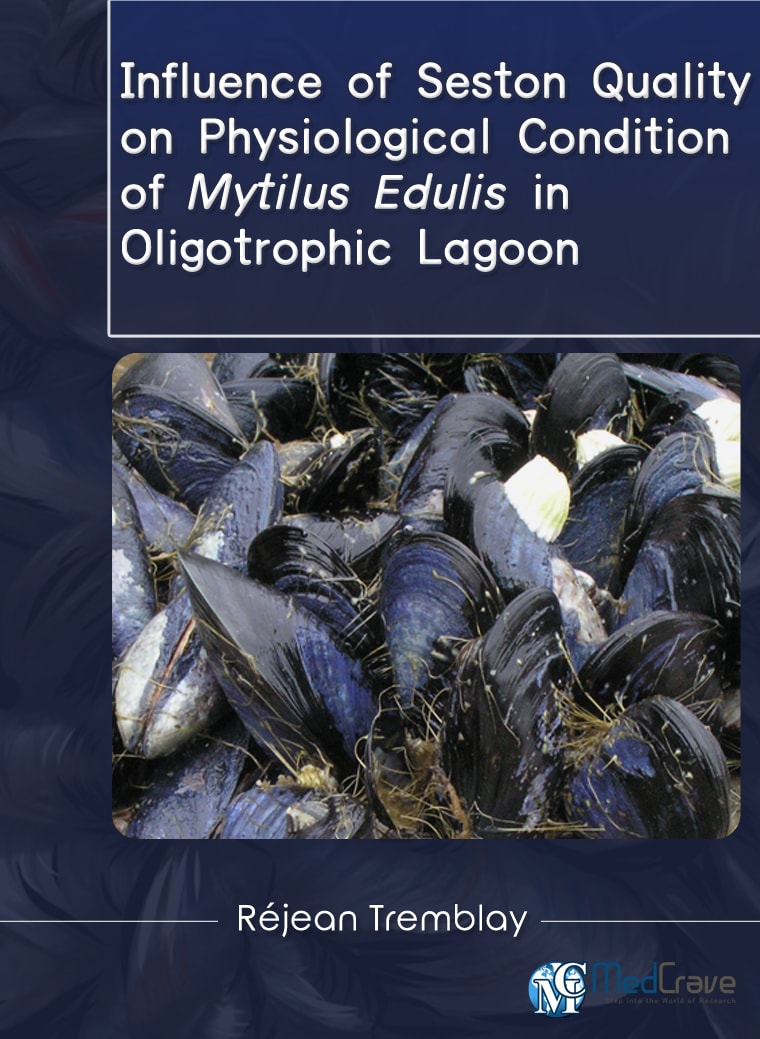 Abstract: Mytilus edulis culture depends on natural plankton with seasonal variations in dietary nutritional value. The microbial communities assimilated by M. edulis in Magdalen Islands lagoons (St. Lawrence Gulf, Canada), are mainly dominated by small heterotrophic eukaryotes, which vary taxonomically and in terms of lipid composition over the growing season. Particular lipids classes and fatty acids found in the mussels’ food source may have an effect on their physiological condition. From May to October, four physiological measurement series (oxygen consumption and clearance rates), were performed on 1- and 2- years-old mussels under two nutritional conditions. The first group of mussels was fed with their natural diet and the second group was fed microalgae rich in essential fatty acids. Both diets were characterized according to their composition in lipid classes and fatty acids. The relationship between metabolic rates and diets quality, in terms of lipids class and fatty acids components was compared. No significant differences in mussels’ metabolic rates were found between two different diets. Indeed, only significant changes over time and between mussel’s ages were noted for clearance rate. These diets were different in their fatty composition and associated with significant differences in the mussel’s gills fatty acids composition, particularly in polyunsaturated fatty acids.