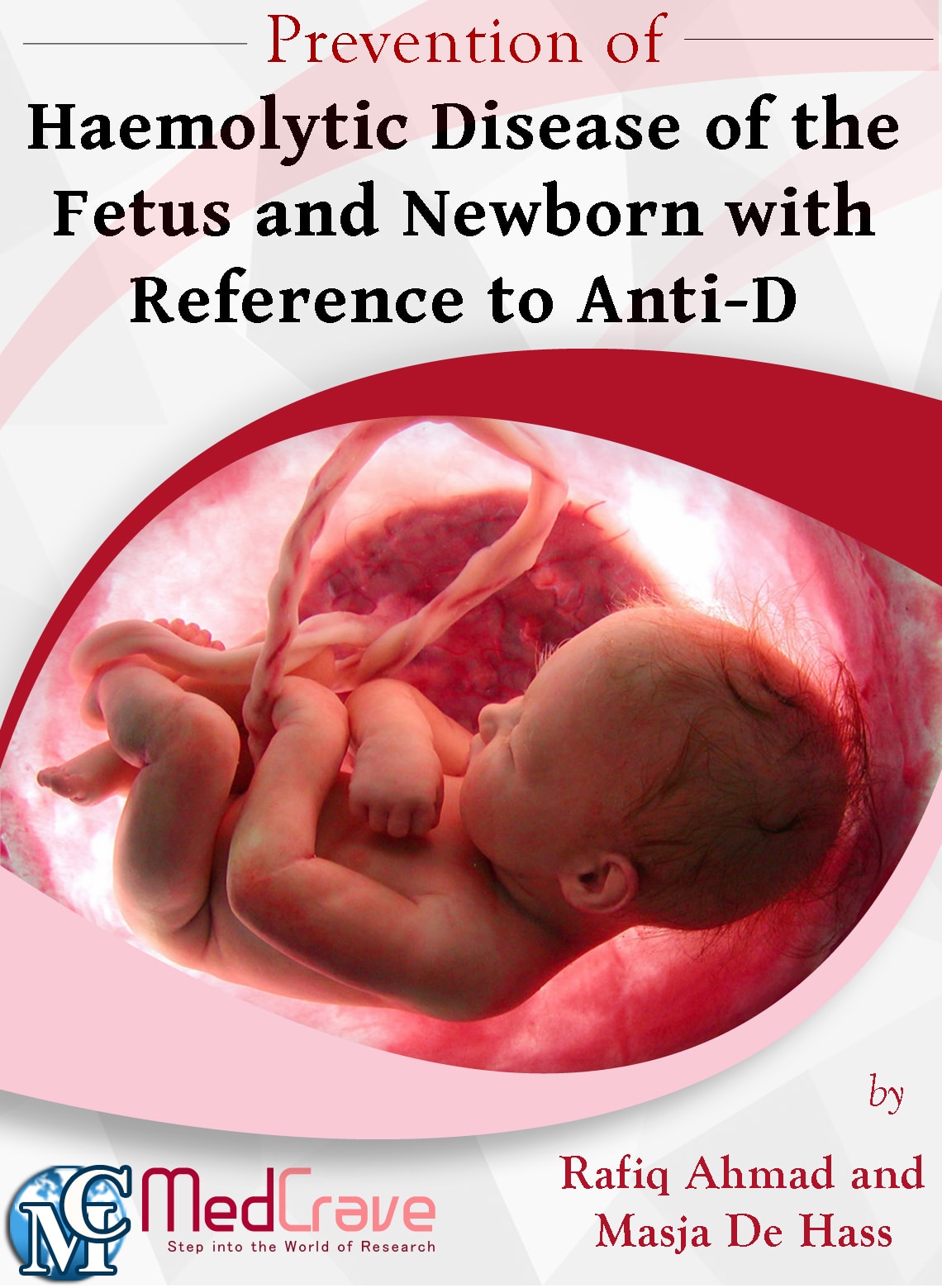 Abstract: Aim: This study was undertaken to assess the frequency of all immunization in a retrospective review cohort of RhD-negative and RhD-positive pregnant women in a region of Saudi Arabia and to assess the severity of hemolytic disease of the fetus and newborn (HDFN). The results were compared with figures from international literature to evaluate possible measures, such as more awareness of hemolytic disease of the fetus and newborn, to improve the care to pregnant women and their babies. Method: This is a retrospective study at maternity and children hospital; and at the regional laboratory and blood bank, Dammam from January, 2012 to December, 2013. Laboratory and clinical data on ABO, RhD, Rh phenotype, K status, red cell antibodies, and if applicable: red cell antibody titers, antigen typing of the father and disease severity, including provided treatment to the child were gathered. Contents: The chapters in this master thesis deal with Hemolytic Disease of the Fetus and Newborn (HDFN) with a reference to Rhesus incompatibility involving anti-D. The first chapter provides the introduction of the disease, its background, incidence of RhD hemolytic disease of the fetus and newborn, and its pathophysiology. The second chapter defines context of the thesis which includes maternal immunization, antenatal laboratory testing of mother and follow-up, laboratory testing of newborn, paternal testing, antibody screening protocol, and monitoring and evaluation of alloimmunized women. Chapter three describes about the general objection like raising the awareness of RhD-HDFN in the population, and specific objective to determine the prevalence of RhD negativity and frequency of alloimmunization of pregnant women in the region, important investigations carried out to assess the severity of the disease and management of the affected babies. Chapter four describes about the material and methods used in the study. Chapter five describes the results of the investigations carried out. Out of 1179 pregnant women investigated, blood group O had the highest prevalence at 568 (48.18%), with RhD-positive at 512 (90.16%) and RhD-negative at 56 (9.84%). Group A was seen next in prevalence at 333 (28.24%), with RhD-positive at 304 (91.29%) and RhD-negative at 29 (8.71%). Group B was third in prevalence at 226 (19.16%), with RhD-positive at 203 (89.82%) and RhD-negative at 23 (10.18%). Group AB was last in prevalence at 52 (4.40%), with RhD-positive at 48 (92.30%) and RhD negative at 4 (7.70%). RhD-positivity was seen in 1067 (90.51%) women and RhD-negativity in 112 women (9.49%), which is low when compared to 15.10% of English/European population. Antibody screening of 1179 pregnant women showed 34 (2.88%) positive antibody screen. 16/112(14.24%) were identified in RhD-negative women, and 18/1067(1.68%) in RhD-positive women. Among 34 positive antibodies screened women, 30 (88.23%) had Rh associated antibodies, where as only 4 (11.77%) had non-Rh associated antibodies. In case of RhD-negative women 9/112(8.03%) showed anti-D due to active immunization, and 2/112 (1.78%) had anti-D due to passive anti-D Ig prophylaxis, whereas 2/112 (1.78%) had anti-C+D, and 3/112(2.67%) had non-Rh associated antibodies. This gives overall prevalence of anti-D-8.03% among RhD-negative pregnant women, which is quite high when compared to the 1-2% in developed countries, and that is mainly associated with the moderate to severe HDFN. Since the study population was small, it was difficult to conclude on the significance of the observed difference in the severity of the disease when compared to developed countries. However, it is likely RhD immunization can be better prevented by introduction of antenatal anti-D prophylaxis. Antibody identification among RhD-positive pregnant women was low 18/1067(1.68%) as compared to 16/112(14.24%) among RhD-negative women. Other Rh associated alloantibodies identified were; 8 anti-c (26.66% of Rh associated, and 23.52% of total), 7 anti-E (23.33% of Rh associated, and 20.58% of total), 2 anti-C+D (6.66% Rh associated, and 5.88% of total), 1 anti-E+C (3.33% of Rh associated, and 2.94% of total), and 1 anti-e (3.33% of Rh associated and 2.94% total). Out of 4 non-Rh associated antibodies there were 1 each identified as anti-K, anti-Jka, anti-Fyb and anti-Lea. Chapter six is on the discussion of the results obtained and analysis of the relations between these results with the objectives defined, and finally. Chapter seven is about the personnel conclusion on the project analyzed and personnel experience related to the project.