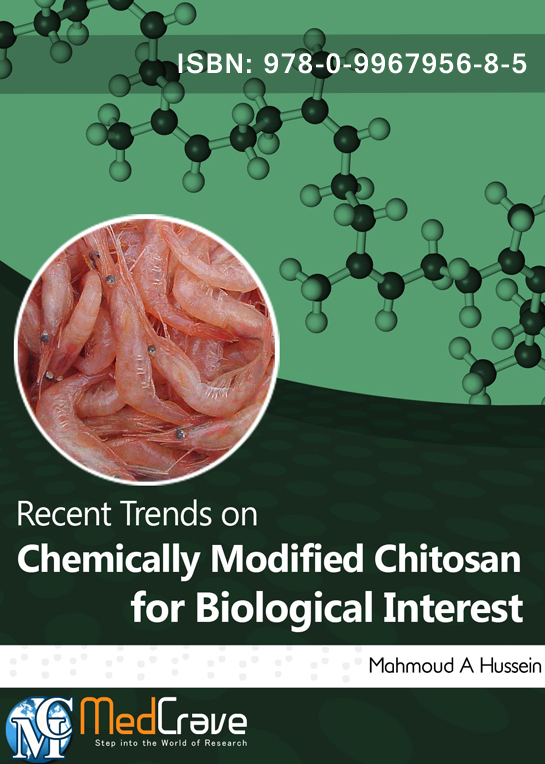 By Mahmoud A Hussein

Abstract: There is no doubt that, chitosan is considered as one of the most important biopolymers that can easily extracted from nature resources or synthesized in the chemical laboratories. Chitosan also display a suitable number of important properties in different fields of applications. Recently, chitosan has been reported as a perfect candidate as a trestle macromolecule for variable biological fields of study. This include, tissue engineering. cell culture and gene delivery, etc. Furthermore, chitosan has widely used in different types of industries which include: food, agriculture, fragrance, and even cosmetic industries. Besides that, chitosan derivatives is treated as excellent tool in waste water treatment. Therefore, the present work gives a simple selective overview for different modifications of Chitosan macromolecule with a special attention to its biological interest. Prior that, a closer look to its resources, chemical structure as well as general properties has been also determined which include its solubility character and its molecular weight. Furthermore, the chemistry of chitosan has been also mentioned with selected examples of each type of interaction. Finally a brief for sulfone based modified chitosan has been reported including classical methods of synthesis and its experimental variants.