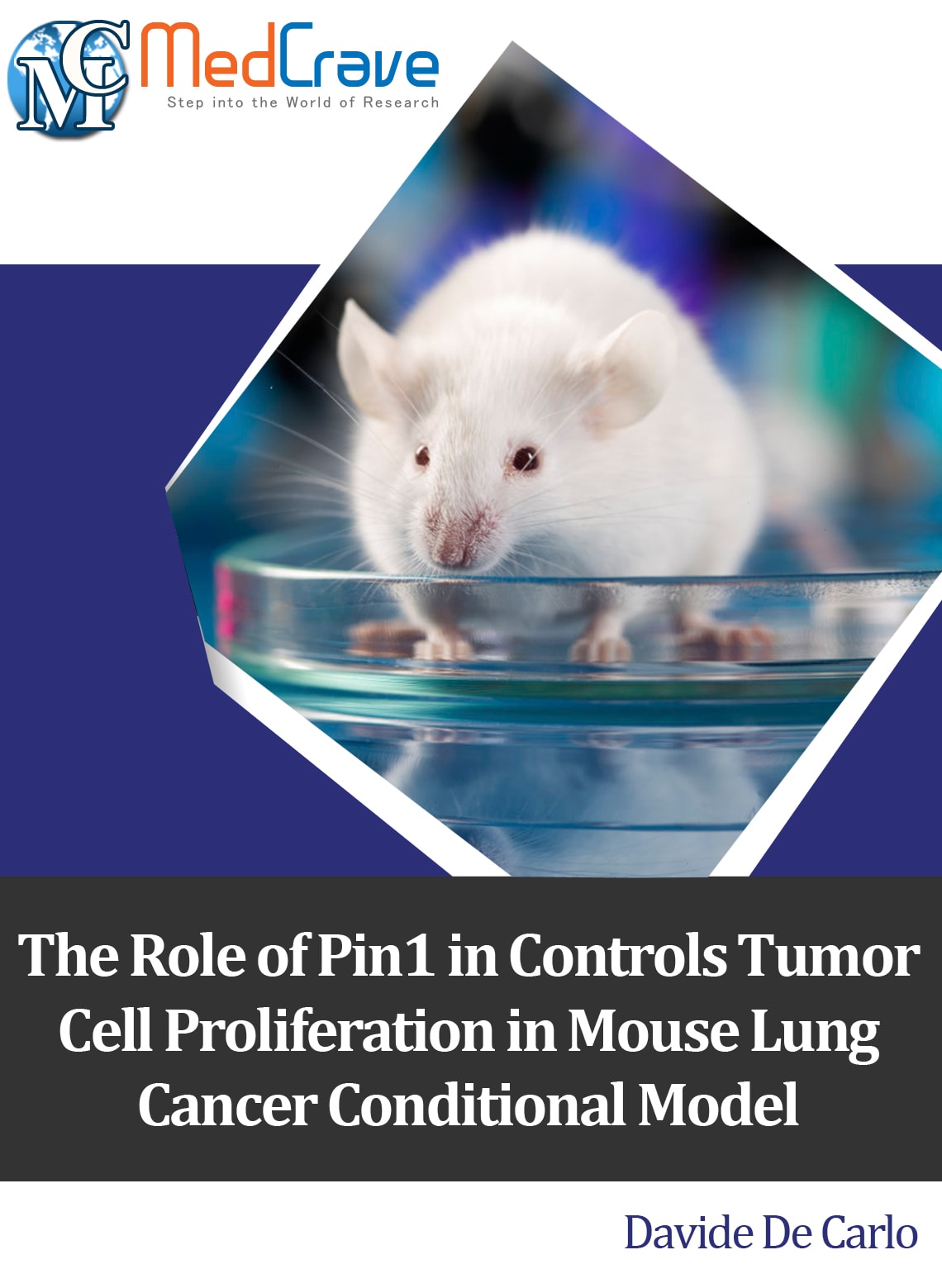 Abstract: There are some pathways that are altered in many tumors, and RB and p53 pathways are two of the most important. These proteins are regulated during carcinogenesis by a phosphorylation mechanism. Ser or Thr followed by Pro are major phosphorylation motifs in the cells but their significance was obscure until the discovery of the PIN1 protein (protein interacting with NIMA (never in mitosis A)-1). Pin1 isomerase specific of pSer/Thr-Pro motifs that catalyzed the conformational switch from cis to Trans, which is especially important because Pro-directed kinases and phosphatases are conformation-specific and act only on the Trans conformation. In vivo and in vitro data have demonstrated that Pin1 is involved in many aspects of cell cycle control. We studied the role of Pin1 in controls tumor cell proliferation using a conditional mouse model. Our results show a marked increase of tumorigenesis and metastasis in mutated murine models. We produced lentivirus containing CRE, HAPIN1 and HAPIN1 S67E sequences and we used these viruses to infect mice’s lungs, obtaining a lung cancer conditional model through Cre-Lox recombination method. Finally we characterized the effects induced by 4 different time points. For each time point we analyzed the histology characteristics of the induced lung cancer